Home News & Insights Abuse can happen to anybody, at the hands of anybody.

Abuse can happen to anybody, at the hands of anybody. 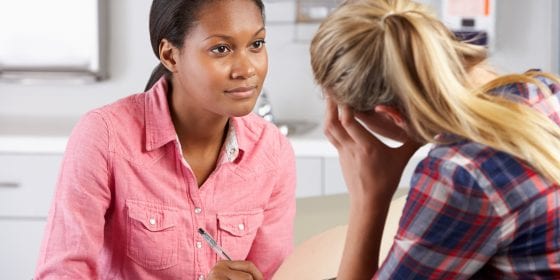 Between the years 2015 and 2019, offences of child sexual abuse perpetrated by a female rose by 84%.

Although there may an assumption that offences of this nature in England and Wales have increased in recent years, it is much more likely that victims have begun to understand what they were/are subjected to. A BBC Radio 4 ‘File on 4’ show suggested that a lack of understanding surrounded the amount or nature of female abuse and the above increase was likely to be just the ‘tip of the iceberg’ (as explained by Dr Andrea Darling, Criminology Researcher at Durham University).

Victims seem to understand better when a male is responsible for the abuse however, it takes an individual much longer to grasp and understand that they have suffered abuse at the hands of a female. The biggest question asked by victims is how does a mother or a woman do this?

Thankfully the tide is now beginning to turn and a recognition for this abuse has started. Although Katherine Cox, Services Manager at Survivors UK has noted that there is still a feeling that victims fail to report or delay reporting because they think they will not be believed. A Detective with South Wales Police, Detective Superintended Mark Lewis also commented that ‘although the number of cases of female abusers is small, there is an element of taboo and stigma’ and this can be quite a high burden to overcome for victims.

Due to many offences of child sexual abuse being historical, the conviction rate can often be a great deal lower as it is difficult to locate evidence usable in a Court of Law.

The Government are beginning to focus on child sexual abuse and there has been a significant increase in cases reported via sporting institutions or school environments. The Government have said they will do all they can ‘to help survivors of abuse, whether this be online, offline, male or female.’

There is help and support available for all individuals who have suffered sexual abuse. Whether this be via charities or mental health services, there is always somebody to help. The Police also have access to victim support and similar agencies to help too.

If we can help, please contact the Domestic Abuse Team at Ringrose Law. We have a 24/7 confidential number you can ring or text for help and advice. Call or text 07739 748 675