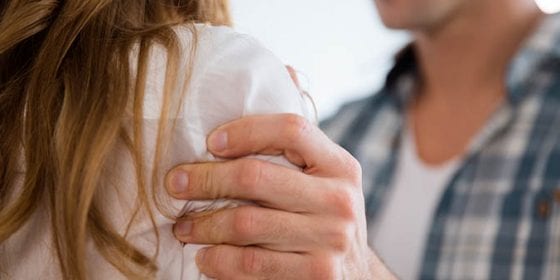 Changes to Legal Aid rules for victims of domestic abuse are good BUT more needs to be done!!!

The rules around eligibility for legal aid in private law children matters (legal matters between parents/ carers of children), divorce and finance and domestic abuse proceedings have recently changed again.

It used to be that if you met the legal aid agencies financial criteria (having a low income/ having limited capital or savings) then you were deemed to be unable to fund your own legal representation and would be eligible. Several years ago, legal aid budgets were cut and legal aid for representation in these sorts of proceedings were hit particularly hard. This has caused considerable difficulties within the family Courts, proceedings where parties are not legally represented and don’t understand the law or Court process invariably take longer and place more of a burden on the publicly funded Court system, a false economy perhaps.

Nowadays,  as a parent if you need to go to Court in respect of your children you will only be eligible for legal aid if you meet both the financial requirements AND can evidence that you are or are at risk of becoming a victim of domestic abuse and that the other parent is the perpetrator of said abuse. It being determined by government that parents can represent themselves in Court except if they are a victim of domestic abuse perpetrated by the other parent.

Only certain evidence of domestic abuse will do and a list of what is deemed acceptable by the legal aid agency is set out within formal government guidelines. This in and of itself raises concerns, how many victims of abuse don’t seek help? Don’t come forward? Suffer in silence? Thus, leaving them without the paperwork to ‘prove’ the abuse they have suffered. Not to mention even when they have made the appropriate disclosures to the appropriate professionals, you are reliant on already busy professionals taking the time out to write you said letter. There have been times when I have had to chase and chase professionals on behalf of a client who has disclosed domestic abuse to them, leaving the victim vulnerable whilst you wait for said letter to be provided when you need to issue urgent protective proceedings.

Another barrier is in relation to the rules around the capital assets you can have to qualify for legal aid. You can have the requisite evidence that you are a victim of domestic abuse and evidence that you have low income but if you are deemed to have over £8000 in savings/ capital then you don’t qualify (NB: you can apply for a waiver in some domestic abuse cases but this is a determination made by the legal aid agency on a case by case basis and not helpful when you need to urgently apply for a protective order, not knowing whether or not you will be getting paid).

Savings and capital include the money in property including your home. The rules set out that you can have up to one hundred thousand pounds of equity in the home that you are resident in and still qualify for legal aid. However up until January 2021 you were also only allowed to have a certain amount of mortgage considered. So, if you had more than this amount it would be added to what was deemed your capital/ savings. The Guardian outlined that these ‘imaginary capital rules for home ownership falsely deflated wealth and deprived people of help’.

The new regulations were introduced following a high court judgment in November which said that a single parent and domestic abuse survivor who had only £28 in the bank should not have been refused legal aid for a child custody case.

For victims of domestic violence, that has not been the case. The regulations laid today in parliament will mean that many more vulnerable women on low incomes will be able to take part in family proceedings with the support of a lawyer, in a fairer and more equal way.

“Our client [identified only as ‘Rebecca’] is earning a low wage, looks after two children and receives universal credit, yet she was denied legal aid because the rules on home ownership have not been updated in decades.

“This irrational rule ignored the fact that my client’s home was heavily mortgaged and pretended that my client had capital which simply does not exist. The ‘imaginary capital’ prevented her from effectively participating in proceedings concerning her children.”

David Greene, president of the Law Society of England and Wales, which supported the PLP case, said: “There was a clear injustice in denying people legal aid on the grounds of mortgage debt. Nobody should be expected to sell their home and make themselves homeless to access justice. It is good news that the Ministry of Justice is addressing this immediately through legislation.”

All sounding positive, except that this is just one loophole dealt with, many remain. The one that particularly resonates with me and that I have encountered several times myself when people have been in touch in respect of children matters as victims of domestic abuse is that the 100 thousand pounds capital disregard only applies if you live in that property.

Consider the hypothetical case below that I am basing loosely on a lady I couldn’t get legal aid for.

Husband/wife/ daughter live in the marital home together which has equity in it.

Husband strangles wife and tries to kill her in front of daughter resulting in her hospitalization (after a long history of domestic abuse).

Wife and daughter flee into refuge. Wife is on benefits with serious medical conditions that mean she cannot work.

Husband makes an application for the child to be returned to his care. Wife as such is duty bound to attend Court with him, her abuser and he will have the funds to instruct legal representation.

Wife makes an application for legal aid; she can evidence she has low income and is a victim of domestic abuse and husband is the perpetrator. Wife is still not eligible for legal aid because she has fled the marital home, she doesn’t reside there so the one hundred thousand pounds capital disregard doesn’t apply and her half of the equity in the home exceeds the eight thousand pounds capital limit. She would be eligible if she returned to the family home, but she is confident that if she did, even with protective orders in place, husband will kill her. She can’t sell the house without her husband’s agreement, he isn’t going to agree to this so she can use the funds to be represented in Court against him. It benefits him that she has no legal representation. Even if he did agree house sales take time and with a Court date already in place for the first hearing, wife would not get the money in time to instruct a legal representative in time for the hearing.

This case is reflective of cases I have come across in practice, these people fall through the safety net. So yes, the changes coming into play on January 28th 2021 are welcomed but far more needs to be done.